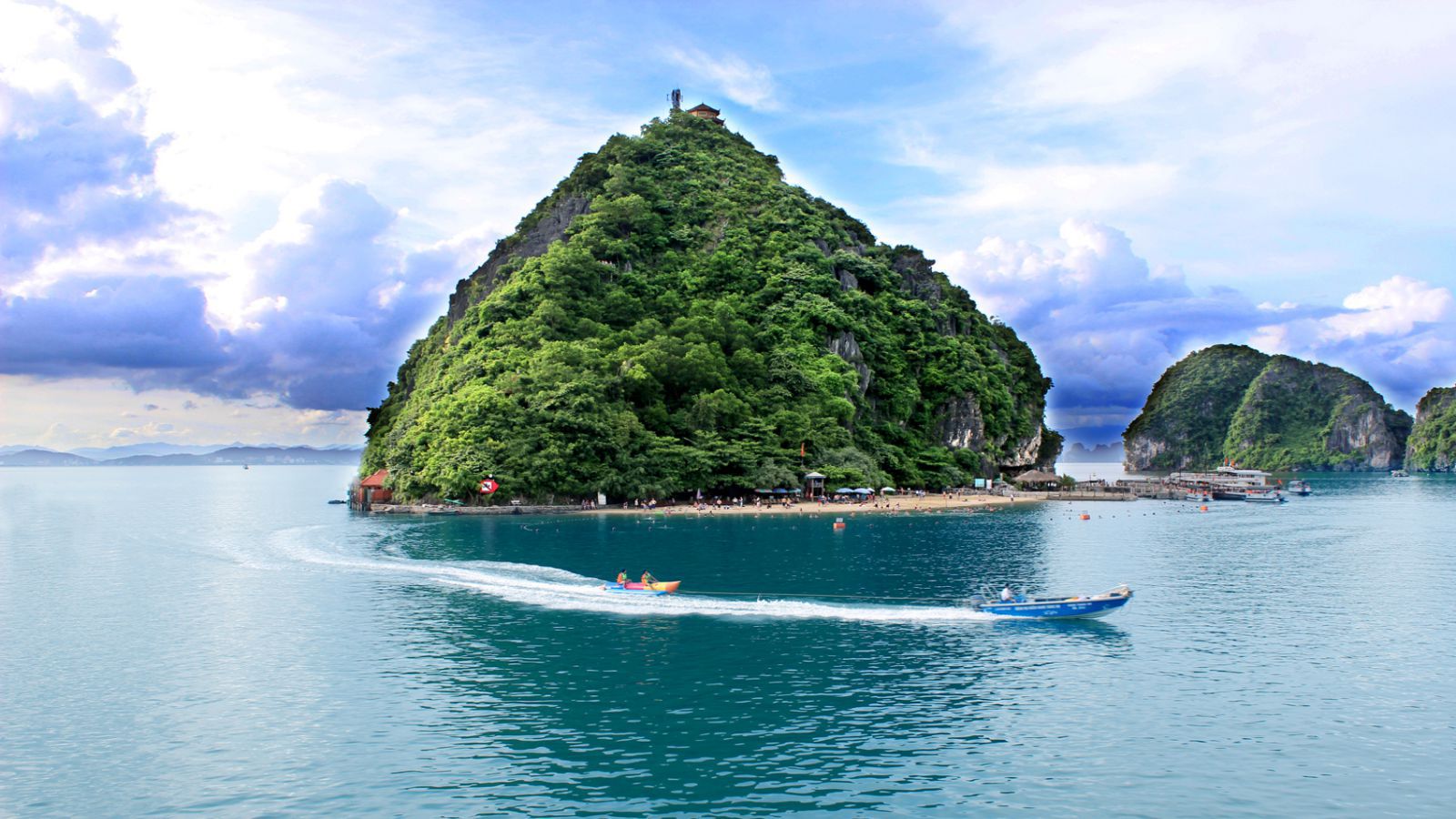 Ha Long Bay (Vietnamese: Vịnh Hạ Long, is a UNESCO World Heritage Site and popular travel destination in Quang Ninh Province, Vietnam. The name Hạ Long means “descending dragon”. Administratively, the bay belongs to Ha Long City, Cam Pha City, and is a part of Van Don District. The bay features thousands of limestone karsts and isles in various shapes and sizes. Ha Long Bay is a center of a larger zone which includes Bai Tu Long Bay to the northeast, and Cat Ba Island to the southwest. These larger zones share a similar geological, geographical, geomorphological, climate, and cultural characters.
Ha Long Bay has an area of around 1,553 km2, including 1,960 – 2,000 islets, most of which are limestone. The core of the bay has an area of 334 km2 with a high density of 775 islets. The limestone in this bay has gone through 500 million years of formation in different conditions and environments. The evolution of the karst in this bay has taken 20 million years under the impact of the tropical wet climate. The geo-diversity of the environment in the area has created biodiversity, including a tropical evergreen biosystem, oceanic and sea shore biosystem. Ha Long Bay is home to 14 endemic floral species and 60 endemic faunal species.
Historical research surveys have shown the presence of prehistoric human beings in this area tens of thousands years ago. The successive ancient cultures are the Soi Nhu culture around 18,000 – 7000 BC, the Cai Beo culture 7000 – 5000 BC and the Ha Long culture 5,000–3,500 years ago. Ha Long Bay also marked important events in the history of Vietnam with many artifacts found in Bai Tho Mountain, Dau Go Cave, Bai Chay.

DAY ONE (Your hotel – Tuan Chau marina - Halong bay - Lunch– Surprising Cave – Titop Island  – Sunset party – Dinner – Onboard night activities)
07h45 – 08h15 approx
- Our guide will meet you at your hotel. The shuttle bus or private car pick up.
- Enjoy the peaceful scenery as we travel through the countryside, farmlands and Red River delta.
- Get your camera ready to take photos. Comfort break. The time from Hanoi to Halong bay is approximately 3 ½ hours.
12h00 – 12h30 approx
- Arriving Tuan Chau marina. Welcome aboard the cruise. Refresh with our welcome drink. Meet the captain, crew in the cruise briefing.
- Check into your cabin. Time to refresh and unwind.
- Set sail as lunch is served.
- Join us for a typical local lunch in the dining room or at the outdoor dining area.
Afternoon
- Arrive at Surprising Cave (Hang Sửng Sốt), explore the cave and find out how the cave was named a Surprising.
- Heading to Titop island area. Drop anchor in the calm water surrounded by beautiful islets. Visit Titop island for swimming and snorkeling or do the short trek to the top of island to have the overview of Halong bay from here.
- Heading back toward the sleeping area.
Early evening
- Summit on the sundeck watching the sunset, enjoy Sunset party. It’s ideal time to make acquaintance with new friends, sharing your traveling experience or simply watching the sunset.
- An authentic Vietnamese menu is served.
- After dinner, reward yourself with a large selection of cocktails at our bar, or take for you one of our onboard activities: book reading, games, movies, and squid fishing…
DAY TWO (Tai Chi - Breakfast – Luon Cave – Cooking Demonstration – Lunch – Farewell at your hotel)
06h30
For the early risers join us for a Tai Chi session on the sundeck. Tai chi helps focus the mind and condition the body, joining Tai Chi session to full charge your energy for the day.
07h00 – 08h00
Local breakfast is served.
08h00
- Mingling yourself in the stunning views of the Bay and it’s dramatic limestone islets as we sail through the calm emerald waters heading to Luon Cave (Hang Luồn).
- Take your option either exploring the cave yourself on kayak or comfortably on bamboo boat rowed by the locals.
09h00
Check out the cabins, at your leisure while our cruise taking you pass by other beautiful highlights in the bay.
10h00
You will join with our short class of Cooking demonstration, how to make spring rolls before an early lunch is served.
12h00
Return to the shore and disembark from the cruise as our crew say farewell.
Transfer to minibus or private and return to Hanoi.
Arrival back at your hotel approximately 16:30.
Included:
- Full equipped luxury en-suite cabin with A/C, hot water.
- All meals on board (02 lunches, 01 dinner, 01 breakfast).
- Complimentary 02 bottled mineral water inside the cabin.
- Complimentary morning tea and coffee.
- Welcome drink.
- Tai Chi.
- Cookery demonstration.
- Entrance and sightseeing fees.
- Local rowing boat or Kayaking.
- Shuttle bus (round trip).
- Fruits and local wine party.
- Internet wifi on dining room.
- Fishing equipment.
- English speaking guide.
- On board insurance and service charges.
Excluded:
- Beverages.
- Tips and other personal expenses.
- All other services not clear. 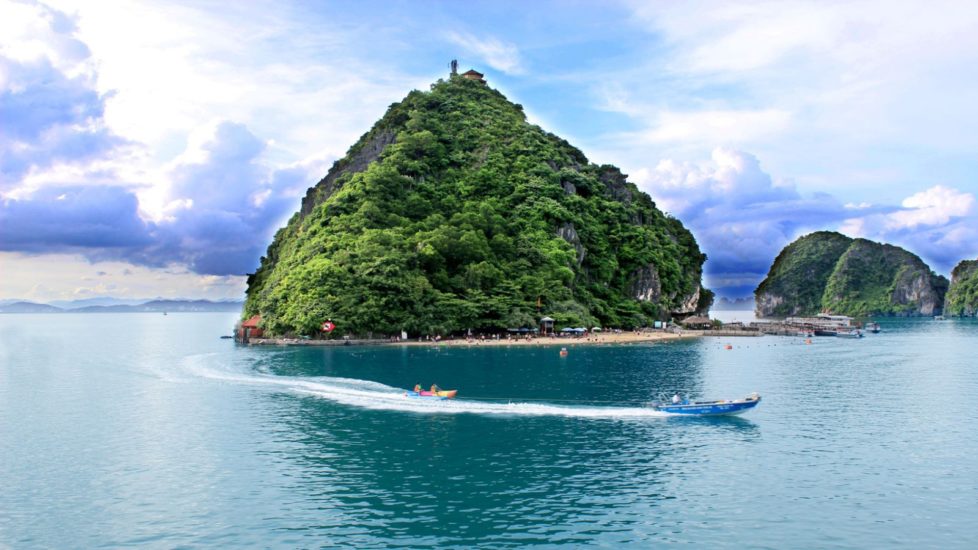 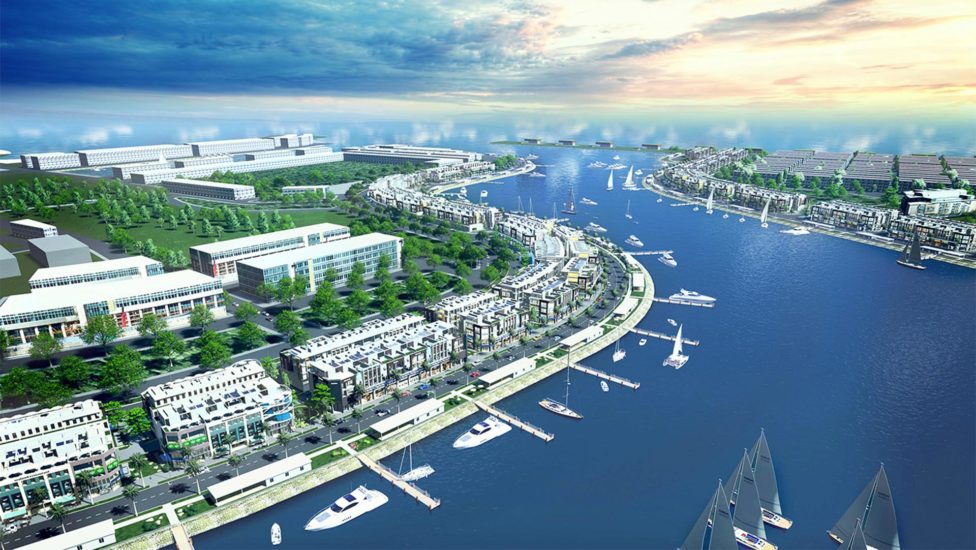 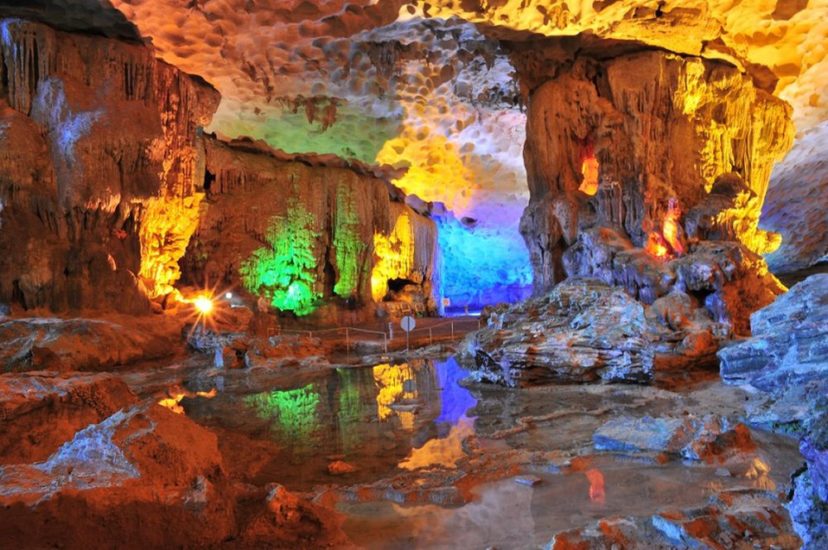 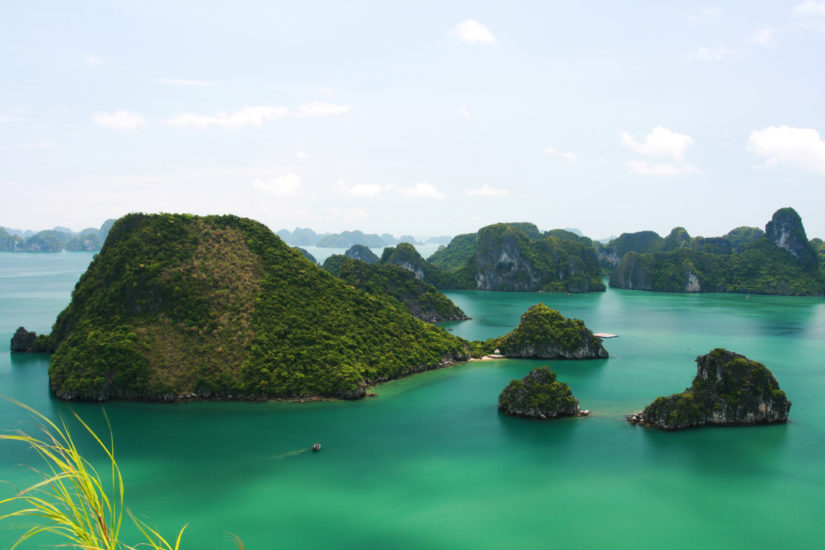 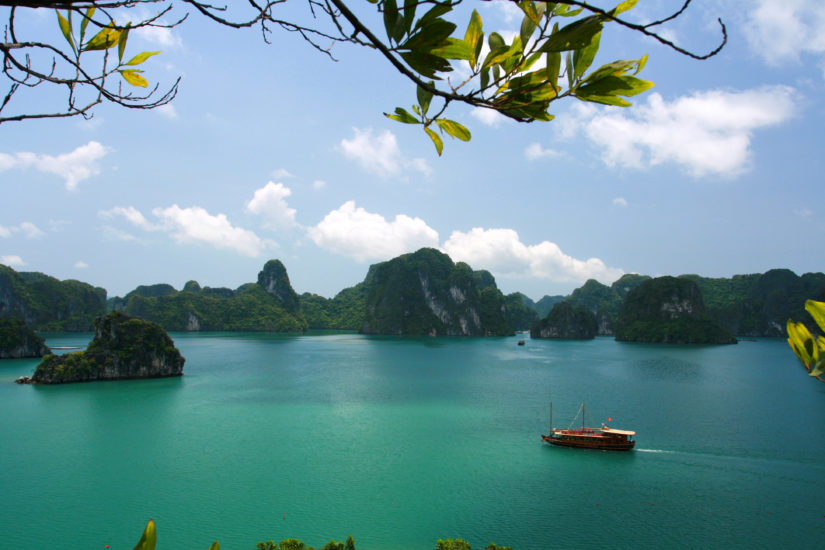 BACK TO ALL Ha Noi TOURS 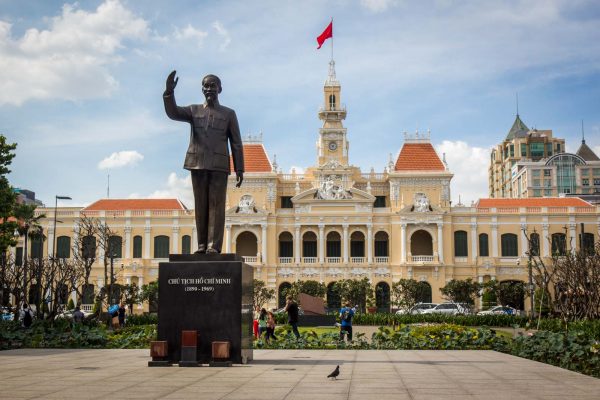 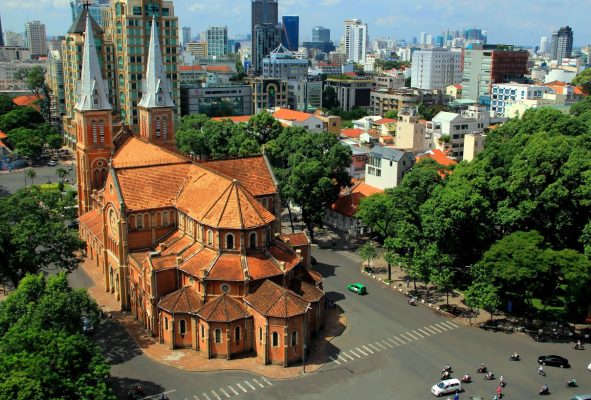 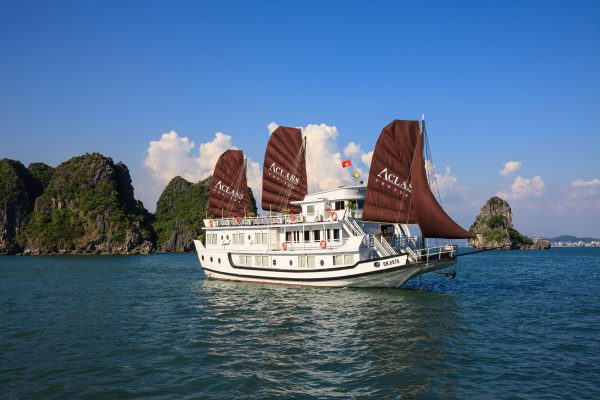